For the rest of my life…

February 8, 2016 By MyDailyCrown brain to go No Comments

I don´t know when it started, but a lot of people don’t take care of their stuff anymore. I know everything is cheap and you can get what you want whenever you want it and you don´t even need to go to a shop anymore.

I´m 31 years old. As I started studying and having my own flat 11 years ago, I already had enough stuff and all that I needed. Later I remember a friend saying “Now you are done with studying, so you can buy new stuff for your flat and get yourself something nice.”  Eehmmm what?

Ok, I know perception is a cruel thing but anyways, I think my stuff is already nice (some impressions below). So I didn´t buy myself a new sofa or a new table like some people assumed as I moved to my new flat after starting my own company. 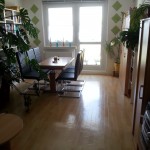 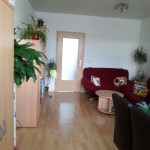 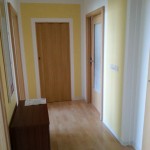 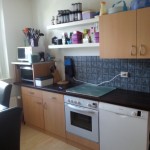 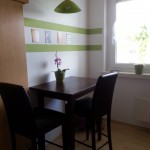 Still it stuck with me somehow, the piercing question “When did we change our behavior to just don´t care and throwing everything away?” I took a look around in my flat. You know what I found, most of the stuff in here regarding furniture are second hand or even from my family from 20-40 years ago. Some stuff was even for free because people just didn´t want it any more.

As I got my own office rooms I thought: “How can I take it to a new level?”

I was super exited and research all the stuff that I needed, needless to say that getting new stuff for an office costs a fortune! So I thought “Why not stick to the attitude you already have?”  The cool thing is, if you live your attitude, people won´t ask questions anymore. I thought about everything, that I was about to get for the office and how I could get it for free.

Surprisingly, it was easier as I thought it would be. You can´t imagen how much stuff people have in their cellar. Some don´t even know that they have it anymore =), some are glad, that someone else needs it.

Throughout the 3 months of preparation for my office. I asked around and started collecting. No office without a lot of plants. The greatest thing in having a lot of time, because of annoying bureaucracy, you can rethink what you really need and you have plenty of time to ask around and get all the things you need. Have a look into my DIY office.

Long story short take your time & rethink the use of stuff.

Buy or get it once, for the rest of your life.

Share
How to build an insect hotel out of tin cans